Hazards ahead if African eurobond rally comes to a sudden, nasty end 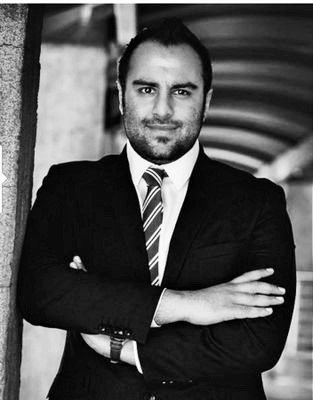 It was a good year for African financial markets in 2017. On the whole a feelgood factor returned to the continent after more than two years of subpar performance, with average yields for sub-Saharan African eurobonds dropping from lows of 8.13% in 2015 to 5.87% at the end of 2017. So far in 2018 currency and foreign currency bonds have continued to perform well, and new eurobond issuances have been oversubscribed and are attractively priced.

Yet despite these improved performances, it is uncertain now whether this rosy outlook will continue or come to a sudden end.

On observing these dynamics closely, three major disconnects stand out. First, financial markets rallied despite regressive domestic political developments in many countries. Second, the performance of real economies (negative) and those of their financial markets (positive). Third, a major gap has emerged between the old normal and new normal, specifically around what constitutes “unpalatable” risk.

African eurobond and currency markets enjoyed a buoyant 2017 despite unsavoury political developments on many fronts. For example, despite a de facto state of emergency and the detention of an opposition leader on treason charges in Zambia, markets bubbled along, largely ignoring these issues.

Similarly, deaths, postponements and annulments during Kenya’s election saga failed to generate any real sell-off in the market, despite significant and prolonged uncertainty.

This deterioration in sovereign ratings reflects the fact that most commodity-dependent economies now have significantly weaker buffers and policy toolkits at their disposal to protect their economies relative to previous shocks
And in Ivory Coast, at least eight mutinies in 2017 elicited nothing more than a short-term spike in its sovereign debt.

Similarly, in SA, if one compares the violent currency sell-off and spike in foreign currency bond yields when Nhlanhla Nene was fired with that of Pravin Gordhan’s dismissal, one would be forgiven for thinking that markets had gone deaf. Despite political risk being elevated in all these jurisdictions on account of these events, investors simply shrugged off these concerns as noise rather than as a clear deterioration in governance.

Second, the performance of financial markets was disconnected from the performance of real economies. Paradoxically, despite credit quality in Africa deteriorating to the extent that there are no longer any investment-grade sovereign issuers in Africa, in an August 2017 article Bloomberg observed that African eurobonds were trading at their lowest levels in two years.

This deterioration in sovereign ratings reflects the fact that most commodity-dependent economies now have significantly weaker buffers and policy toolkits at their disposal to protect their economies relative to previous shocks.